So, BREXIT is done and there are signs that global asset allocators who have previously shunned UK equities due to the political risk are reconsidering their positions. Inevitably we will also see sterling and UK equity volatility ebb and flow as leaks and statements suggest varying degrees of likelihood of an eventual deal.

The Coronavirus will test the ability of the Chinese government to bring the endemic under control; the ability to build a hospital in a couple of weeks and to put some form of quarantine in place is one thing but undoubtedly the rest of the world continues to be concerned and the adverse effect on investment markets goes to highlight the strength of China as a producer and a consumer; a global village indeed!

In this edition of Marginal Gain, we look at the year ahead in pensions and a new and very interesting structured investment. However, if any article catches your eye, please drop us a line to discuss further. 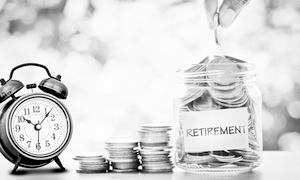 This could be a big year for pension legislation! It has been a while since there have been any changes but when they happen, they tend to be seismic.

In the December 2019 Queen’s Speech, the government reintroduced the pension schemes bill, and it mentioned the creation of a legislative framework to allow people to access information for most pension schemes in one place for the first time. Therefore, it seems the Pensions Dashboard has come one step nearer, but we are still left waiting to know when and how.

There is general agreement the pensions dashboard is an important step forwards, but the devil will be in the detail; it is supposed to be an online portal where a client can see every pension scheme, they are a member of.

It is good that people will be able to see all their pensions in one place, but they will need help, guidance and preferably advice if they are to take full advantage of all this information. It would be best if we could also access a client’s dashboard but I think this is unlikely to be the case at the outset.

Often, we come across old employer pension schemes but invariably the amounts of money involved are insignificant and actually it makes sense to often encash the plan in totality at retirement. This would favour the Treasury, as this would generate extra tax from people cashing in their pensions early, especially as the rate of tax revenues from the Pensions Freedoms is beginning to slow down. Serious thought must be given as to how the information is presented.

Ditto, the transfer of final salary DB (Defined Benefit) schemes needs serious review. A “Dear CEO” letter from the regulator (Financial Conduct Authority) has identified over 1,800 firms who have most certainly did not have a robust process in place leading to potentially adverse client outcomes. We were not one of the firms!

Prospective clients do not understand how the advice profession works and are used to paying by results. They are told that the new pension freedoms mean they can spend their pension in any way they wish, even if this is at odds with sensible financial norms, so they are confused as to why it is so hard to get advice if they are considering a DB transfer and why it is so expensive.

Contingent charging applied by honest and trustworthy advisers will benefit many people, but the majority of clients still wish the planner to be paid out of the investment. It is difficult for the FCA to balance these two different views, and this is an issue that will continue to be a hot potato.

Investment pathways for new non-advised drawdown customers are due to be introduced in August 2020. The new pathways are for non-advised consumers, but it may impact advisers and their clients.

Customers starting a new drawdown plan without advice will be given a choice of four different pathways depending on their objectives: no plans to touch their money; set up a guaranteed annuity; start taking a drawdown income; or withdraw all their funds.

The aim is to stop people defaulting to cash and to make a sensible investment decision.

Hopefully one of the consequences of the new pathways is that people may realise they need advice on which pathway is best for them.

The lifetime allowance will edge up from April, when it is likely to hit £1.073m. It is only a small increase (from £1.05m) but is useful for planning purposes.

There are still many unintended consequences of the lifetime allowance, as evidenced by the problems it causes for senior medical practitioners.

The government is expected to show more urgency in addressing these problems and so the arbitrary caps of annual contributions and total pension fund size hopefully will be removed. 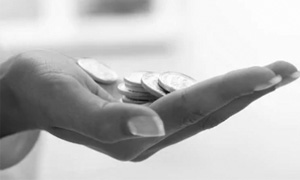 As January and tax return season fades into the past it is a good time to look forward and consider what tax changes we can expect over the next 12 months.

Chancellor of the Exchequer Sajid Javid has confirmed the government will raise the threshold for National Insurance contributions from April, but assured state pension credits would not be affected.

According to legislation laid in Parliament on January 30th, the threshold at which people start paying National Insurance will be raised by more than 10 per cent to £9,500.

This means a typical employee will save around £104 in 2020/21, while self-employed individuals, who pay a lower rate, will have £78 cut from their bill, according to the government.

Ministers have pledged that the rates of income tax, national insurance and VAT will not rise, and the government aims to eventually raise the national insurance thresholds to £12,500, putting almost £500 a year into people’s pockets.

All the other thresholds for 2020/21 will rise with inflation, except for the upper NI thresholds which will remain frozen at £50,000, as announced at Budget 2018.

The legislation also confirmed changes to the threshold would not affect people’s entitlement to the state pension.

MPs have called for a radical shake up of the current inheritance tax system with proposals to cut the current “unfair” rate of 40 per cent down to 10 per cent.
In a report published in January the All Party Parliamentary Group on Inheritance Tax and Intergenerational Fairness urged the government to change the current system which it claimed was “complex, ineffective, riddled with anomalies, distortionary and unfair”.

The report suggested most reliefs on inheritance tax should be scrapped, with the flat rate of 10 per cent only rising to a maximum of 20 per cent on death estates of more than £2m.

The cross-party group of MPs pointed to evidence which showed rates above 20 per cent start to incentivise tax planning and by cutting rates the rules would lead to less tax avoidance.

The report also moved to end large amounts of money being passed on free of tax by lifetime gifts, calling instead for sums of more than £30,000 each year to be taxed instantly at 10 per cent.

The MPs also called for HM Revenue & Customs and the Treasury to collect more data by enforcing compulsory electronic reporting on larger lifetime gifts, which they said would allow for “more rigorous analysis” on wealth transfers.

The new government could be targeting tax reliefs as it looks to make good on its promise to increase spending and lock in a trio of taxes.
George Bull, senior tax partner at RSM, believes the new government will not be able to implement its policies without raising money elsewhere. The Conservative Party manifesto contained pledges to spend £100bn on infrastructure projects and £3bn per year extra of day to day spending.

He said he believes the increases will be by “stealth”, with tax reliefs being removed.

Mr Bull cited a government report entitled ‘Measuring tax gaps’ from August 2019, which highlighted a 5.6 per cent “tax gap”, that is the gap between the amount of tax the government can collect and the amount that has been collected.

The report identified the “entrepreneurial small business sector” as an area where this tax gap could be closed.

Investors in those schemes receive an income tax break in exchange for investing in early stage companies.

Mr Bull said changes to the EIS rules introduced in recent years have been generous, so the market could be seeing the reverse now.

Simplifying the tax system and taking the low paid out of tax are certainly noble goals. However, it looks like the generous tax reliefs for supporting small innovative start up companies may be sacrificed. In the short term this may attract some favourable media coverage. However, if we miss out on a homegrown Google or Amazon the cost could be incalculable.

Second Marriages and Protecting your own children’s inheritance 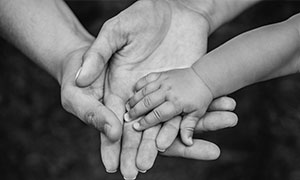 As time goes on the modern-day family set up is becoming increasingly diverse, with second marriages and families with children from both first and second marriages becoming more and more common. With this comes the potential for a rise in disputes over estates and what each beneficiary is entitled to.

Before we die we all want to ensure our children will benefit from the inheritance they’re entitled to. The first step to ensure an estate is passed to those who we want to benefit is to consider severing a joint tenancy, which is how most couples will own a property. By severing a tenancy each individual will each own a separate share of the property, which, will enable them to pass their share through their own Will.

The difference is that when couples own their property as joint tenants, when one of them dies it automatically passes to the surviving individual and is unable to be included in their Will.

This can have a detrimental impact on how much of the estate children can inherit, as the main asset in an estate is usually the property. If the surviving spouse automatically inherits the whole value of the property, then it is likely the surviving spouse will leave everything to their own children and the children of the first spouse to die may be left without any inheritance.

By owning a property as tenants in common it allows their share of the property to be passed through their Will and each set of children as a result can inherit a share of the property on death. The most beneficial way to protect the surviving spouse not being kicked out of their own home and ensuring children will ultimately inherit what they are entitled to, is by way of a life interest trust in the each Will.

This type of trust being included in a Will can ensure there are no lengthy and potentially costly disputes on death, saving time, money and more anguish after a difficult period. 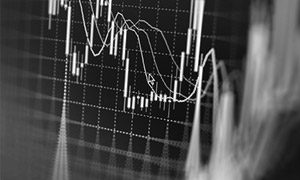 For those clients who have enjoyed the returns from structured plans, a new version of the defensive kick out plan has hit the market and is very interesting. Rather than normal link to the FTSE100 Index, the return is determined by the share price of Barclays Plc, Aviva Plc, Vodafone Group Plc. The concentration in 3 stocks results in a higher potential coupon!

In addition, the plan can kick out, i.e. mature early on a rolling six-month cycle. If this happens, clients will receive a Fixed Growth Return equal to 9% for each semi-annual observation date. So, the following table highlights the rather impressive potential return;

The counterparty to the plan is Citigroup Global Markets Funding Luxembourg S.C.A. (‘Citigroup’) with a FITCH rating of A and a STANDARD & POOR’S A+ rating.

Full details are available should you require further information. There are inherent risks in this product and no action should be taken without a discussion as to whether it is suitable and meets with your financial planning objectives and attitude to risk.

This site uses cookies. By continuing to browse the site you are agreeing to the use of cookies: More Information